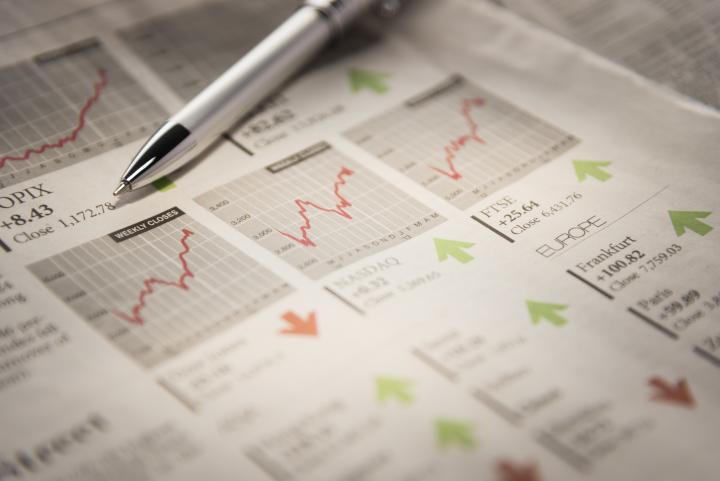 The 2019 intermodal market is expected to feature continued growth after posting a record 2018 performance, though factors such as the global economy, tariffs, service and a more stable trucking market will have a strong say in how much volume actually increases.

These are the key factors shaping the 2019 intermodal cargo picture, as seen by multiple freight market users and experts interviewed by Intermodal Insights. In the months ahead, intermodal faces the challenge of topping the 18.9 million shipments moved last year, a 5.6 percent increase above 2017, as measured by IANA. That total was the fifth volume record in the past six years, validating the value of intermodal.

"We expect 2019 to be pretty good, just not quite as great as 2018," said Vince Paperiello, executive vice president at Hub Group, with intermodal growth expected to be approximately 1 percentage point higher than a gross domestic product increase in the 2 to 2.5 percent range.

"From a growth standpoint, we would take another 2018 in a heartbeat," said Kristy Knichel, CEO of Knichel Logistics. "Going into 2019, although we are not budgeting for the same significant year-over-year percentage in market growth we saw in 2018, we

tonnage growth in 2018. "Generally, the freight picture in the near-term at least appears strong," he told Insights. "Because of how strong freight has been for the past 18 months, there is likely to be a slowdown — at least comparatively — in 2019."

Larry Gross, president of Gross Transportation Consulting, also believes the U.S. economy may not be as strong in 2019 as it was last year, pointing to a burst of economic activity that was stimulated by federal tax cuts. Rising 2019 interest rates and headwinds in the housing market won’t help, he added.

"If the economy continues on the upward trend, we can certainly see continued

With respect to the international market, Simon Heaney, senior manager – container research at London-based consultant Drewry, weighed in. "After

"The US-China trade saga has not yet been resolved and there is still no telling at this stage whether the truce will last," Heaney said. Heaney also cited a general slowing of the world economy, particularly in China.

“If the economy continues on the upward trend, we can certainly see continued intermodal growth in 2019, especially as retailers continue to evaluate intermodal as a part of their supply chains.”
Jonathan Gold
National Retail Federation

"There certainly is concern that we could see a cooling off of the U.S. economy in 2019 for a number of reasons," Gold said, including U.S.-China trade talks. "The uncertainty about tariffs and trade is one of the biggest challenges facing many companies right now. They are unsure how to plan appropriately for a potential trade fight escalation or resolution."

"It’s hard to say," he responded when asked by Insights about prospects for continued growth. "A lot of what was driving the very strong market was the threat of these tariffs. I’m not sure there will be a very healthy market in 2019. It will be decided, I guess, by politics — the U.S. and China."

Lars Jensen, CEO of SeaIntelligence, a Danish company, believes 2019 will present dual challenges internationally. One is the need for ocean carriers to adjust pricing to account for new low-sulfur fuel requirements next year that will raise their costs at least $10 billion annually. The other is a general slowing in demand, continuing the pattern from late 2018 when the market "was predominantly kept up by the U.S. imports driven by the looming tariff implementation. Any negative ripple effects from, for example, tariff wars could have a major impact."

Consultant Dan Smith at Tioga Group believes the early part of 2019 will continue to be shaped by the inventory buildup that has resulted from the late 2018 surge of international cargo.

"Late in 2018, we had Easter, Christmas, two weddings and a funeral at the same time. We are hearing that distribution centers are jammed, and goods are being stored in containers," he told Insights. Freight volumes likely will drop compared with last year as that inventory is worked off during the first quarter of 2019.

A report from consulting firm FTR Intelligence believes the calendar will have a freight impact, since Easter’s April 21 date provides no incentive for shippers to pay for any accelerated service, particularly given the inventory levels.

"Intermodal still holds a lot of its fate in the providers’ own hands," Gross said.

There is ample evidence that significant steps already are being taken.

Railroads have put significant efforts into service improvements after 18 months of challenges, said Paperiello. "There are some signs of improvement, and we hope to see more," he added.

Gold also focused on the importance of service and reliability, noting that they will trigger continued intermodal growth.

In recent months, the four largest U.S. railroads have taken steps to adjust their intermodal services, including recently announced changes at Union Pacific and Norfolk Southern.

Late in 2018, BNSF Railway and CSX agreed to change freight flows through Chicago. How these changes will manifest in 2019, their timing and impacts on the overall network and freight velocity remains to be seen.

The intermodal picture also continues to be strongly influenced by the over-the-road motor carrier market and expected changes there.

"The broad message is that 2019 certainly will be a more challenging year for intermodal from a competitive standpoint than last year, which was all about capacity," said Gross.

"Market forces are working and there will be enough truck capacity out there that folks who want to get a truck will be able to do that."

Paperiello said that there are signs of stability in the 2019 truck market after OTR carriers have had a year to adjust their planning and pricing to account for the changes resulting from ELDs and driver supply questions.

"We do not anticipate the same level of volatility. In regards to the impact to intermodal, there is generally a strong correlation between the two, with intermodal pricing generally lagging behind what happens in the truck market," Knichel said.

Gross believes it’s important to distinguish between long-term and short-term trucking issues. Factors such as the aging driver fleet will remain. However, he believes motor carriers demonstrated that they largely figured out how to cope with 2018 pressures through steps such as raising driver pay and adding workers whenever possible.

"Last year, trucking had a pipeline problem — a very abrupt increase in the number of drivers needed, in part due to ELDs, that they couldn’t satisfy immediately," he said. "It took a while for [truckers] to spool up by qualifying, hiring and drug testing drivers. Given enough time, they got there."

Smith also anticipates the intense pressure present in 2018 truck markets should lessen somewhat, in part because of signs that motor carriers’ driver retention efforts in the form of lower turnover appear to be creating greater market stability.

If low diesel prices remain in place into early 2019, it could encourage some shippers to move goods back to long-haul trucking, the FTR analysis said, due in part to potentially aggressive pricing by truckers looking to poach traffic from the railroads.

An important differentiator in the 2019 intermodal picture, Smith believes, is the rise of shorter-haul East Coast intermodal networks that are supported by inland port development through ambitious government infrastructure funding in states such as South Carolina, Virginia and Georgia.

"Freight is moving that way. That’s possible because many ports are state agencies. Government can decide whether inland ports can happen. As a state, I want the economic growth," Smith said.

West Coast intermodal is being hurt by the slower pace of economic development practices to support the intermodal network, he added. California, he believes, needs to catch up to help improve freight flow in the cargo-choked Southern California area.