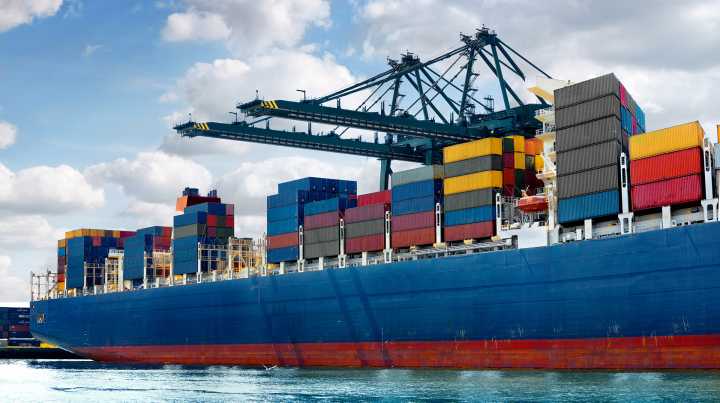 The 2019 international container freight market features a blend of hope and expectations for continued growth against the backdrop of significant uncertainty about the long-term effect of the ongoing U.S.-China trade and tariff dispute, experts believe.

Officials at five ports accounting for approximately two-thirds of U.S. international container cargo were contacted by Intermodal Insights, along with an ocean liner executive and an industry analyst to provide a broad perspective. Their comments were made as U.S. and Chinese negotiators discussed tariffs, an issue that may have sparked a surge of late 2018 shipments to beat possible price increases.

"With full employment in the United States, more people are able to buy and furnish new homes, purchase new cars and generally have more disposable income to pump into the nation’s economy," he said. "Rising middle classes in India and Asia continue to mean added demand for U.S.-grown proteins such as chicken, beef and pork. Based on these market forces – and today’s low container rates – the long-term outlook for containerized freight is bright." GPA container cargo climbed about 8 percent in 2018 over 2017.

"The economy is good, and people are spending money," said Beth Ann Rooney, assistant director of the Port of New York and New Jersey. "We are looking for a strong year, but with more modest growth in the 3-4 percent range."

The latest 2018 New York/New Jersey cargo totals show an increase of about 7 percent over the same period of 2017. Completion of the Bayonne Bridge lifting process has created access for larger vessels and has helped to attract three new liner services for 2019, she added. Her port is buoyed by a location that reaches 125 million consumers within 36 hours.

The level of optimism, however, was tempered by limitations and uncertainty.

"It is difficult to predict the future," McCarthy added, though there hasn’t yet been a dropoff in cargo volumes.

Rooney also said that the port’s East Coast location and an upswing in traffic, such as export scrap traveling to Spain and Turkey instead of China, has helped to insulate the port from uncertainty.

Long Beach Harbor Commission President Tracy Egoscue assessed the 2019 market this way: "While the new year may bring challenges, we remain hopeful that trade will grow, bringing more jobs and economic opportunity to this region."

"There are many factors at play that could impact volumes," said Phillip Sanfield, a spokesman for the Port of Los Angeles, citing elements such as tariff uncertainty. "The situation is fluid," said Sanfield, in the aftermath of the late 2018 tariff-related cargo surge that helped drive a 9 percent year-over-year gain in container cargo. "It would not be surprising to see a significant softening of volumes in the first quarter of 2019."

Port of Long Beach Executive Director Mario Cordero, and others, linked the uncertainty to the tariff dispute.

"American retailers are stocking up on goods made in China to avoid anticipated higher tariffs," said Cordero, in a late December statement. "You’re seeing the opposite effect on the other side of the ocean. Chinese businesses seem to be already looking to other countries for goods and raw materials. There’s less demand for American exports and more empty containers are being shipped."

"Volumes remain strong so far this year but will drop off with the Chinese New Year, as is the case every year," he said. "Uncertainty around tariffs will continue to impact shipper decisions. We expect volumes over the first half of 2019 to be slower as shippers work down their inventories.

"Overall, we’re forecasting a 2.5 percent increase in international container volumes through our gateway in 2019," the NWSA official said, with higher cargo volume in the second half of 2019 if an agreement forestalls a March 2 tariff increase.

"If not, we may continue to see importers ’buy it forward‘ in anticipation of future escalation," he added.

"It’s hard to say," he responded when asked by Insights about prospects for continued growth. "A lot of what was driving the very strong market was the threat of these tariffs. I’m not sure there will be a very healthy market in 2019. It will be decided, I guess, by politics – the U.S. and China."

The uncertainty could continue, he suggested, until American consumers, regardless of their political views, suddenly find themselves paying $800 for a big screen television that used to cost $300.

"That’s when people start to get upset," Finkel said.

Veteran maritime industry analyst John Martin, who has headed his own firm since 1986, was also cautious.

"Nobody knows what’s going to happen," he said. "It’s all a function of tariffs, and so many other variables – Brexit, our economy, and the economies in China and Europe.

"The level of our economy is very shaky, with rising interest rates and an unstable business outlook," he believes, due to concerns such as rising prices for manufacturers and some weakness in the housing market in 2018.

He cited unknown factors such as how much production of goods will shift based on the outcome of tariff discussions. A significant question mark in China is the impact of a notable dropoff in its housing market, where much of the nation’s growing wealth is concentrated.

How Intermodal Can Help

In order to support continued intermodal growth, Sanfield said, "Ports must make sure that they are doing everything within their power to provide stable, efficient environments to do business.

Finkel also provided perspective on the intermodal market, saying that ocean carriers would benefit from the ability to obtain quotes from motor carriers for a full year of business. At the same time, he acknowledged that the trucking market was volatile, in large part due to driver shortages, which have challenged carriers’ ability to make those types of quotes.

"If a motor carrier has a way to be able to contract rates for a year," he added, "they will have an advantage in the market."

Another factor that should aid intermodal is the introduction of a fourth on-dock terminal at the Port of New York and New Jersey, Rooney added.

"In order to keep demand steady or growing, intermodal service providers should find ways to make it easier to do business," McCarthy said, such as improving transparency of performance metrics and transit time information.

"All intermodal service providers should improve visibility of freight throughout the supply chain, even while in transit," he noted. "To provide more useful information to cargo owners, this visibility should be as close to real-time as possible."

Other steps intermodal providers can take include trimming delays on outbound trains from ports, particularly to important inland markets such as Chicago, McCarthy said.