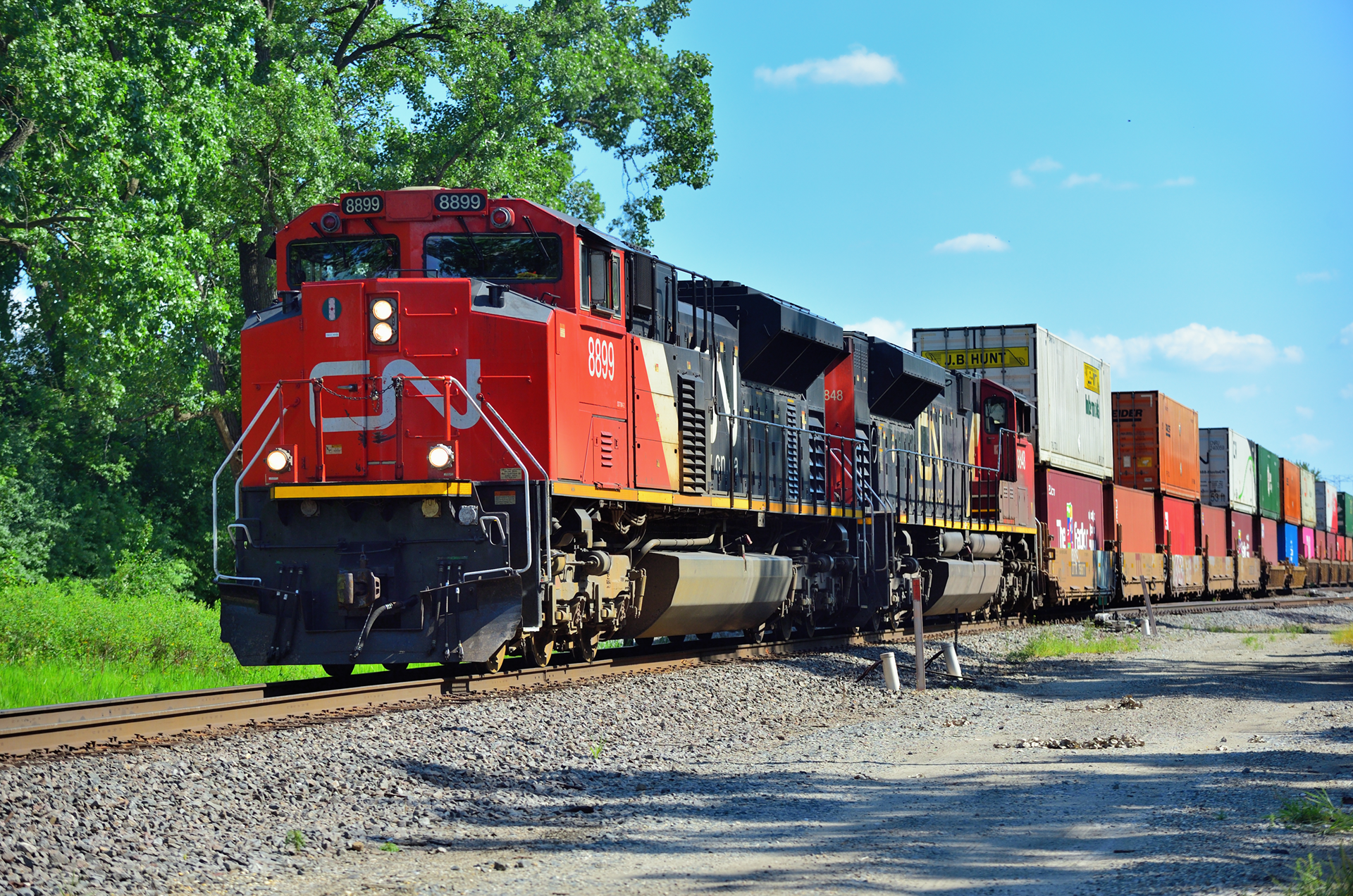 Amid pandemic-related stresses that fractured the supply chain, intermodal stakeholders are focusing on efforts to maintain efficiency, reliability and resiliency in a world where demand is changing by the minute.

When it comes to the state of intermodal networks, today there are more questions than answers, executives told Intermodal Insights. It’s thrown a giant-sized wrench into the works when it comes to forecasting and strategic planning, since there’s no template for untangling an historic Gordian knot.

"Outside forces continue to have an increasing impact on capacity, and how we utilize our assets," said Chris Luebbers, assistant vice president, planning & yield, at Norfolk Southern Corp. "Long-standing norms in the planning process, for example on terminal and street dwell, are being re-evaluated in light of the changes we are seeing in the supply chain. How long will these changes continue? What will they look like in the long term?"

"Early on, NS re-evaluated our terminal layout at Landers in Chicago to increase container stacking operations," he said. "We have also tapped into latent terminal capacity in previously shuttered terminals (such as at Greencastle, Pa. and Louisville, Ky.), and redirected traffic to those locations to ease the pressures on existing terminals. We have also increased tactical repositioning of containers and chassis to address short term equipment shortages."

Railroads have come in for sharp public criticism over recent operational issues, and some changes have been put in motion. Union Pacific in July reactivated its hump yard at Davidson Yard in Fort Worth, Texas, in order to improve fluidity at its yard at West Colton, Calif., home to an expanding "pop-up" intermodal terminal it opened in summer 2021.

At the same time, NS resumed hump operations at Brosnan Yard in Macon, Ga., and planned the same at Moorman Yard in Bellevue, Ohio. Union Pacific, NS and CSX have idled or shut down 19 hump yards since March 2017, according to published reports, part of the sweeping implementation industry-wide of Precision Scheduled Railroading operating plans.

"Service recovery remains at the top of our priority list," Luebbers said. "We’ve been making strides in our Conductor Trainee hiring resulting in high numbers of trainees in our pipeline. We are continuing to offer starting bonuses to new candidates and we just recently announced we are increasing trainee pay effective immediately. We have also launched our new operating plan, TOP|SPG, that simplifies the day-to-day operation of our network while bringing little to no changes to the ways our customers work with us."

"Given the volatility in demand and current disruptive operating environment, the focus is on ensuring we minimize dwell on our entire asset class to the extent possible," said Dan Bresolin, vice president of intermodal. "The strategy is to run a scheduled railroad by executing our core train plan with minimal exceptions. This reduces the stress on all assets and enables us to run an efficient and effective rail operation."

"Challenges often create opportunities and allow businesses to reexamine operations from a different lens. To the extent the pandemic has led to ways to improve operational efficiencies, it would not be surprising to see those become permanent."
Tony Hatch
Industry Consultant

The carrier is focusing on maintaining fluidity within its intermodal terminals where loaded import units were experiencing longer dwell. Said Bresolin, "Many of our projects are focused on expanding off-site locations in Toronto and Montreal to provide some flexibility to all supply chain stakeholders, allowing us to mitigate on-dock dwell at ports and reduce the vessel wait time at the anchorage."

The railroad is also leveraging its three-coast system to enable customers to diversify their supply chain, and build resiliency and reliability at both ends for shipping and procurement strategies.

"The railroads are not focused on strategic planning as much as they are 'all hands-on deck' for tactical planning," said industry consultant Tony Hatch.

As the railroads re-open hump yards, meter business to aid throughput at some terminals, and make other changes, Hatch sees an end to the cost-cutting phase of PSR meant to boost operating ratio, a favorite performance indicator among investors.

"It’s a really difficult time to think strategically with the ongoing effects of the pandemic, across all areas of the supply chain. Intermodal needs more chassis in the system, more 53-foot domestic containers, more train crews, and more technology."

Hatch said that the current rail physical plant will "mostly" support current traffic. He endorsed PSR’s principles of running a longer train network with fewer, more productive crews as a "de-stressor" for current issues "if done correctly," and as a potential tactical solution, too.

"J.B. Hunt is adding 40% more domestic boxes to its fleet and that will improve flow in the West. The shift is a natural one and has strategic benefits to everybody looking past the current problems."

More worrisome, Hatch said, is talk on Wall Street over whether intermodal is a worthwhile investment for railroads given the margins of other freight.

"You need to constantly look at your book of business," said Hatch. "There is skepticism by some analysts, but that needs to be listened to."

So much of the flow in intermodal networks depends on users at both ends. Some analysts see new problems developing among intermodal’s largest customer segment.

Retail demand in the second half of this year declined, Martin noted, as consumers shifted from purchasing to traveling and services. Retailers were caught by surprise after stocking up, with stalled inventories leaving just 1% available warehouse space in Southern California as of July.

"Nobody was prepared, so now demand capacity is going to be critical," Martin said.

But warehouses are adjusting, optimizing space through automation, 24/7 cycles, and a 24-hour delivery model. Martin said this has also driven growth of transloading for cargo movements over Interior Point Intermodal, where shipments move from port to consignee without a terminal stop in-between. "We are seeing transload/crossdocking become the preferred means of shipment, and warehouses have become the key," he said.

These changes will translate into the ability of terminals themselves to move toward automation, especially in Southern California where they are land- and emission-constrained.

"Autonomous vehicles and carbon containment will be key," said Martin. "In order to grow the business you have got to be able to handle more cargo at these terminals, and also to comply with green regulations in California."

He added terminals on the Gulf Coast are similarly constrained but there is new terminal development, where the Port of Houston is optimizing and growing container capacity.

There is also more investment in port facilities near consumer centers, where demand originates.