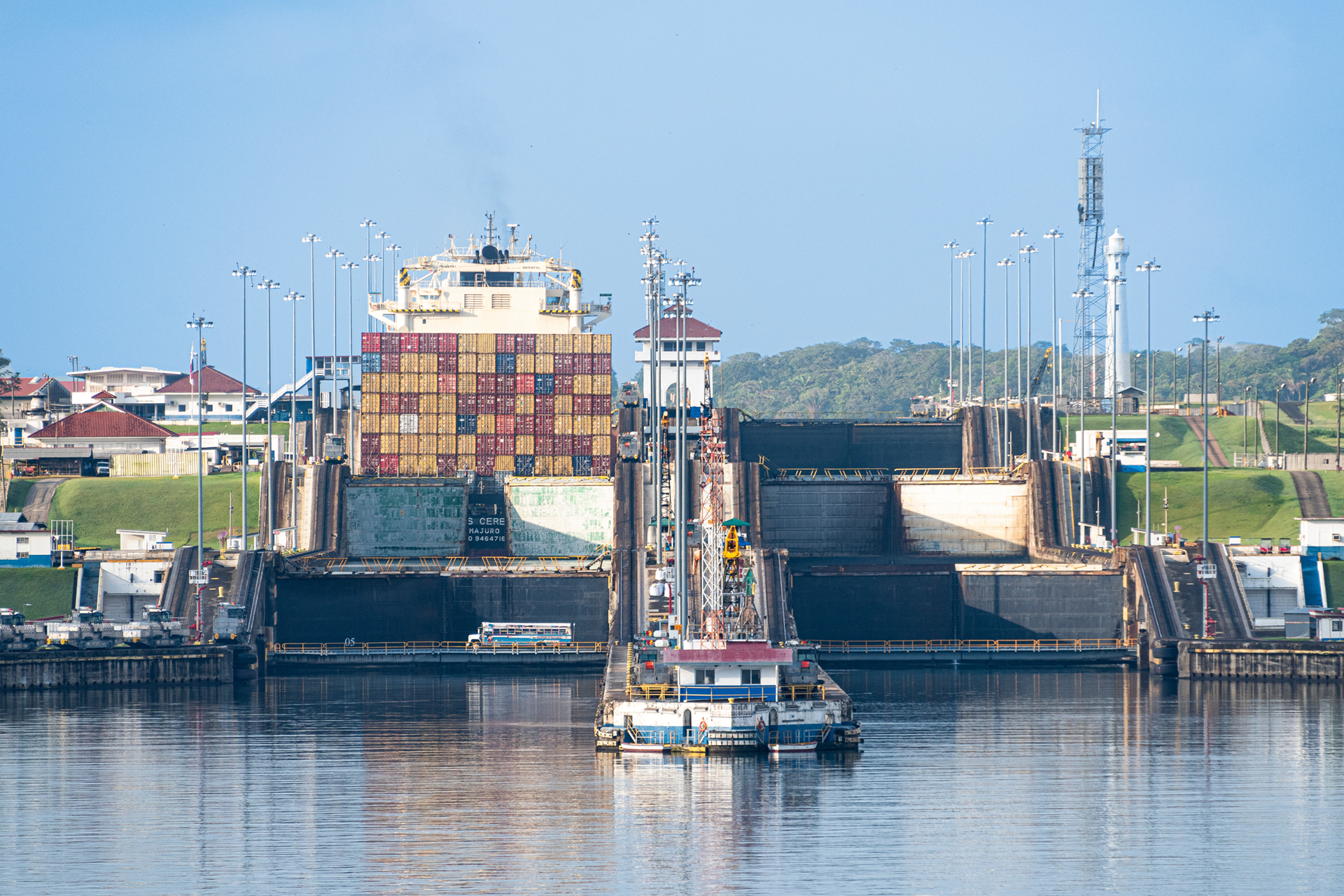 Intermodal network capacity is strained to its limits, but executives told Intermodal Insights changes affecting the West, East and Gulf Coasts are reshaping what logistics networks will look like.

"Capacity of the overall network will be the lowest common denominator of each segment's individual capacity."

The Authority said that the seaport's intermodal rail activity has been slow in 2022, down 5.1% through May, while total container volume increased 10% during the same period.

Ocean carriers have been limiting bookings for Interior Point Intermodal cargo for inland destinations due to ongoing congestion at inland rail terminals. As a result, the port has seen an increase in transloading activities in the region.

"Much of the current disruption – not only in intermodal but through the supply chain – is due more to dislocation of capacity and equipment as much as to 'not enough capacity,'" said Jessica Dankert, vice president of supply chain for the Retail Industry Leaders Association, representing the largest retailers and their suppliers. "In many cases this results in service level challenges and costly delays in the network. Greater data sharing and visibility would allow all stakeholders to plan and allocate capacity more proactively and accurately. Industry-wide data standards are a critical step to improving utilization of intermodal capacity, as part of end-to-end supply chain visibility."

A recent RILA survey found 94% of large retailers reported they are continually evaluating their mix of intermodal and trucking to improve efficiency and effectiveness, and emissions footprint.

"In the context of ongoing decision-making by these and other major shippers, responsive and flexible capacity management is essential for the future of intermodal," Dankert said.

"Over the next several years the intermodal network will receive an influx of funding with the passage of the bipartisan Infrastructure Law, a $55 billion package that has the potential to have a positive impact on the country's transportation infrastructure, depending on where the investments are targeted and how quickly the upgrades are completed. An infusion of money into the network can help improve capacity utilization and will benefit not only business but consumers."

A raft of changes is affecting coastal ports throughout the United States, and reshaping logistics networks.

"Volume has been the biggest change affecting coastal ports," the PA said. "The Port of New York and New Jersey is handling 30% more containers than prior to the pandemic. The continued elevated volume is putting a lot of pressure on the network and slowing down productivity around the port and throughout the supply chain, especially when dwell of import containers has been much higher than normal, leading to congested terminals."

A raft of challenges inhibits the fluidity of U.S. seaports, including systemic operational issues, flow and space constraints, and a need for modernized infrastructure and connectors. It's a time of review and reconfiguration for the biggest importers.

"The disruption of the past two-plus years has caused large retailers and other shippers to entirely reassess and modify their networks as they work to avoid or mitigate bottlenecks and service interruptions," Dankert said. "Also, this year the ongoing labor negotiations at the West Coast ports and the railways has affected shipping schedules and strategies. The fear of a labor slowdown or shutdown accelerated imports of certain goods to ensure consumer wants were fulfilled. The new labor contracts, when finalized, will also foreshadow the strength and competitiveness of U.S. ports in the years to come."

Overall delays and uncertainty, Dankert continued, have helped shift shippers' strategies around everything, from sourcing and ordering to inventory placement and fulfillment operations. Additionally, an increasing focus on sustainability priorities continues to inform strategic decisions about logistics networks. More efficient networks and routes save time and money and improve emissions footprints.

At the same time, vessel operators and their partners are reacting to these changes. East Coast ports, in particular, have benefitted from evolving trade routes.

A major Europe-based ocean carrier chose the Port of Virginia for a new rail link connecting the Mediterranean and U.S. West Coast.

The Port of Virginia is the only U.S. East Coast stop for Hapag- Lloyd's reworked Mediterranean Gulf Coast Express that will move cargo over land by rail to California via Virginia.

The service began operating in mid-April with the arrival of the Synergy Antwerp at Norfolk International Terminals. Nearly 1,000 of the vessel's containers were moved via Norfolk Southern to Chicago for interchange and then onward to the ports of Los Angeles and Oakland.

"This is an innovative decision by one of our long-time customers to take advantage of our efficiency and our rail reach into the Midwest," said Stephen A. Edwards, chief executive and executive director of the Virginia Port Authority. "It's a unique service, but it is indicative of a very challenging trade environment."

Eight Panamax vessels on the weekly service call a rotation of Livorno and Genoa, Italy; Barcelona and Valencia, Spain; Mexico's Veracruz and Altamira, to Houston, Virginia and return to Livorno.

Georgia Ports Authority will grow annual berth capacity from 6 million to 7.5 million TEUs by 2023, and 9 million TEUs by 2025. GPA anticipates spending $4.5 billion over the next 12 years to expand its container-handling capabilities.

At the Port of New York-New Jersey, increasing demand is forcing vessel operators to acquire additional containers and on-hire all available vessels in the market to help move freight. "Some operators are leveraging service offerings by their sister companies in an effort to assist shippers with their warehousing and/or transportation needs," the PA said.

While ocean carriers, alliances and marine terminal operators have made strides in sharing data, greater end-to-end visibility and transparency presents an opportunity to enable more "plannability" and responsiveness, the PA said, "to alleviate port congestion flare-ups before they become paralyzing."

"Additionally, addressing systemic operational challenges around things like chassis management, container availability, and return of empties continue to represent opportunities for ocean carriers and Marine Terminal Operators to work with other stakeholders to help alleviate congestion and reduce conditions that lead to dwell," said RILA's Dankert.

In Virginia, Edwards said Hapag-Lloyd is just the first company to take advantage of the Port's spending on infrastructure.

"What many companies on the West Coast may not realize is that we are investing $1.3 billion between now and 2025 to create more rail capacity, modernize and renovate two of our berths and convert them to an RMG (rail-mounted gantry) operation, dredge our channels to 55 feet deep and widen them for two-way traffic of ultra-large container vessels. The Port of Virginia is building capacity for decades to come."

In 2021, the Virginia port processed nearly 2 million containers, and moved more than 640,000 of those units by rail.

RILA said it is essential for greater collaborative relationships with carriers, MTOs and all partners in the shipping ecosystem to achieve more effective operations and networks for the future.

"One current unknown, which will reshape current operations is the recent passage of the Ocean Shipping Reform Act," Dankert said. "The legislation increases the authority and resources of the Federal Maritime Commission in its mission of ocean shipping and terminal oversight. While this legislation will not necessarily solve some of the larger problems— such as high prices—it does make important structural changes."

The looming question, then, is when do intermodal networks return to normal?

"Additional resources are necessary, including rail labor throughout the network, equipment and either additional capacity or more fluidity at the inland terminals," the Port Authority said.

Specifically at the Port of New York and New Jersey, the Port Authority's Southbound Connector project will assist with the long-term fluidity of intermodal freight to and from the seaport. Under current rail freight operations, trains can only arrive to or depart or from the seaport's ExpressRail facilities via the northbound lead track. The future implementation of the Southbound Connector project would allow for more efficient and fluid movement of trains in and out of the ExpressRail Elizabeth facility, which would increase the competitiveness of the port.

Some shippers see the individual parts contributing to a larger whole across the supply chain.

Said Dankert, "Intermodal networks—and the rest of the global supply chain—may never return to what was 'normal' prior to the pandemic. Even as the most acute disruption subsides and things settle over the rest of 2022 and early 2023, ongoing challenges and today's speed of business require networks to be more flexible and responsive going forward. End-to-end visibility enabled by data standards for interoperability is a key ingredient of a list-disrupted and more 'normal' future."