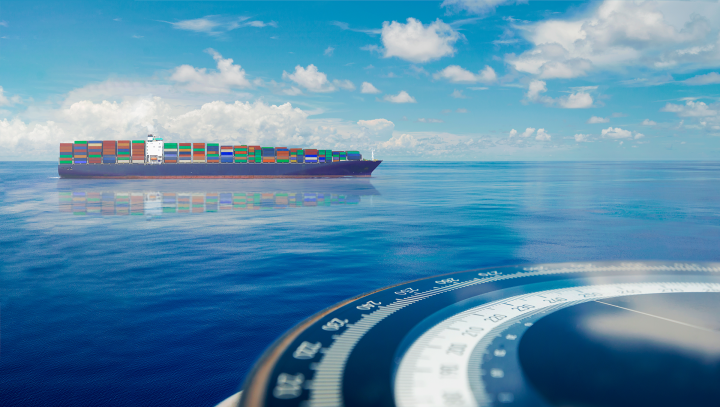 Is this trend poised to resume after the pandemic? And if so, what effects could larger ships and capacity have on North America’s intermodal market?

Regarding the ever-increasing size of newbuild vessels, most of the experts that Intermodal Insights reached out to said that the trend has yet to max out, but a few disagreed.

"Irrespective of the pandemic, the average size of ships will continue to increase as more big ships are added and older, smaller units are demolished," he explained. "That’s just a fact from the current orderbook."

He added, however, that Drewry believes the appetite for mega-ships in general has diminished, and that the current max of 23,000 TEU containerships is probably the ceiling for the short-to-medium term.

"The orderbook is very low, but there are still some carriers — mainly Asia state-backed entities — that are showing interest in buying more ultra-large container vessels, but we think this is more about supporting native shipbuilding that’s commercially driven," he explained.

Peter Schneider, president, TGS Logistics, is also among those who said the trend has yet to peak.

"It plateaued for a while in Los Angeles, Long Beach and Oakland, but recently there are more of the 17-19,000 TEU vessels calling in Los Angeles and Long Beach at more terminals, and I know more are showing up in Oakland at the SSA-OICT terminal. I think that will expand over the next year or so," Schneider remarked.

Capt. Bradley Wellock, executive director of the North Atlantic Ports Association, a trade association of commercial seaports located between the Commonwealth of Virginia and the Canadian Maritime Provinces, stated that he also expects the trend to endure for some time.

"Our ports have seen the trend toward larger vessels continue through COVID and expect to see growth after COVID as well," he said. "Many of the larger ships are already on order, and shiplines will need to put them into service to realize savings from the economies of scale."

Port Authority of New York and New Jersey Deputy Director Bethann Rooney made the point that the pandemic to this point has more affected the amount of ships in service, not the types.

"COVID has not changed the size of the vessels, but rather it has impacted the numbers of vessels," she said. "So, while the ocean carriers have laid up many vessels across the globe during COVID, what they generally did is take a vessel or two — or three or four — out of a string and that went from providing a weekly service for example to a service every other week. So, the vessel size that was deployed on a particular service generally didn’t change."

Dissenting from the consensus viewpoint, however, was Ports America Vice President Doug Wray.

"For the most part, the trend has maxed out. I think the focus is more now on terminals being able to accommodate multiple post-Panamax vessels," he said.

"We should be at the end of how large vessels are going to get," he remarked. "Why? Because when demand does not grow very rapidly, if I put in larger vessels, by nature I also need to have fewer weekly services. That diminishes my network. With fewer weekly services, I need more transshipment — that adds cost. I believe we have reached a balance."

"If you had a time machine and went back 10 years ago, you would probably have stopped at around 14,00 or 15,000 TEU. So, the carriers need to get the best out of the vessels they have. Which is why you won’t see increasing vessel sizes on average on the Transpacific."

Another question is whether COVID-19 and its impact on the supply chain could cause lasting changes to vessel routes and calls.

Rooney said she believes not.

"I think generally, as ports across the globe recover and reopen and as the pandemic moves out, or at least as countries get a hold and a handle on the pandemic, and manufacturing is able to restart, there should not be any lasting impacts," she remarked.

Heaney said the pandemic could result in one significant shift.

"I think services will become more diverse in their calls and less China-centric as emerging markets pick up share," he said.

Wray and Ports America Vice President of Containers Joe Greco both also said there will be lasting impacts.

"I think that the ability to change tonnage and to put in blank sailings, I think the [shipping] lines are going to continue to do that on a worldwide basis, because it really gives them the flexibility to service the trade and also keep the rates at a level where people can be profitable."

"That discipline is going to persist," Greco added. "This is the first time in our view that the lines have been able to find themselves in a good spot from an earnings standpoint."

Jensen dissented, however, saying he believes that the pandemic won’t result in permanent changes to vessel routes or calls because there was already a shift taking place.

"COVID-19 is not going to change overall routing. What COVID has done, it has shown the need for the carriers to have a relatively resilient network, and this is something they were gearing up for before COVID," he explained. "For the last two years, they have increasingly begun to use cancellation of individual sailings to match supply and demand. What COVID did is just accelerate that dramatically."

"COVID was just a full-scale test of the network resilience already in place," he added.

Wendy Zatylny, president, Association of Canadian Port Authorities, said that it was important to note that the trend for the ever-increasing size of container vessels has been creating challenges for the capacity of ports and canals to receive them, both in terms of draught, berth space and width/size of turning circles.

"New vessel construction has also been constrained by environmental regulations across the world. It remains to be seen at what point these factors will counterbalance the cost efficiencies that are driving demand for ever-larger vessels," she said.

Port of Los Angeles spokeswoman Rachel Campbell said the POLA has been well equipped to handle larger vessels for quite some time.

"In 2002, the port opened the largest container terminal in the world, APM Terminals’ Pier 400," she said. "In 2017, Eagle Marine Services [now Fenix Marine Services] raised their cranes, which are the tallest in North America."

She noted that other seaports have also been taking measures to prepare for a newer generation of vessels.

Drewry Ports and Terminals Senior Analyst Eleanor Hadland added that in the North American market, it was the expansion of the Panama Canal that became a game changer for East and Gulf Coast port markets when it comes to making accommodations for larger vessels and numbers of containers.

"[The expansion] required significant investments in port and harbor infrastructure — dredging of approach channels, deepening and lengthening of container berths and crane upgrades — achieved via a combination of upgrading of existing cranes and purchasing of new cranes," she explained.

"The challenges of handling larger vessels result in higher peaks at on-dock container yards and have therefore been a driving factor in investments in on-dock rail terminals," she continued. "With larger vessels there is real benefit in increasing the proportion of cargo handled via rail as this can support efficient use of the main terminal and also reduce road congestion issues in and around the ports."

"The average size of ships will continue to increase as more big ships are added and older, smaller units are demolished."
Simon Heaney
Drewry

Other efforts, she said, include use of IT to improve the planning of the container terminal operation, with enhanced terminal operating systems to ensure larger vessels do not result in unnecessary terminal delays.

Just as seaports and terminal operators need to prepare for a generation of larger vessels and container volumes, so do other components in the supply chain, such as truckers and railroads, experts told Intermodal Insights.

"Truckers need to ensure there are enough drivers to meet the demand and handle as many dual transactions at the gate as possible. Rail carriers need to ensure rail cars are in the right location at the right time," Campbell said. Zatylny added that railroads and truckers are working with ports and shipping lines to find efficiencies in managing volume increases.

"For example," she said, "intermodal partners — truckers, rail carriers, ports, shippers — are achieving this by tracking and sharing data in universal platforms to ensure all required equipment and resources are provided in a ‘just-in-time’ fashion to reduce dwell time in container yards."

Wellock remarked that all parties need to be receptive to change as ports seek to create efficiency and decrease turn-times, including delivering or receiving empties or chassis at alternate sites and increased use of reservation systems.

"Better balance in the system — both by truckers and railroads," he said, "is needed to allow for double-moves by truckers and an appropriate number of rail cars to accommodate both import and export volumes."