BIG DATA AND BLOCKCHAIN: THE FUTURE OF INTERMODAL TECHNOLOGY? 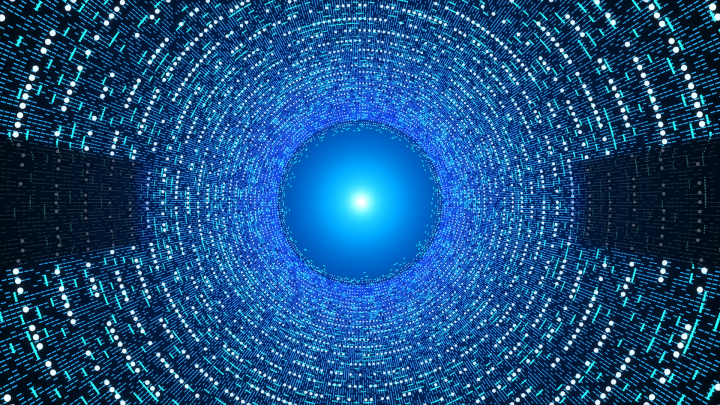 This article is part of a series exploring the evolving role of technology in the intermodal industry. Future articles will highlight the impact of the Internet of Things and artificial intelligence.

Big Data and Blockchain: The Future of Intermodal Technology?

In recent years, there’s been an assortment of technologies, including blockchain and big data, that have been touted as bringing great advancements for logistics in general and possibly intermodal in particular.

But is this really true? What can blockchain and big data bring to the intermodal industry, what does the future hold for each, and which, if either, holds the most promise?

The term "big data" refers to the large sets of structured and unstructured data that flood a business each day in multiple formats, including numeric, textual, photos and videos. The data can come from numerous different sources, including business transaction systems, customer databases, mobile applications and social networks.

The important thing is not just the volume of data, but that it can be mined by the companies that generate it.

"Implementation of big data into the global supply chain is ultimately a matter of survival in the increasingly technology-focused world," said Kevin Snyder, senior vice president and chief information officer at TRAC Intermodal.

He said that big data gives the intermodal industry "the opportunity to provide real-time actionable insight and to support agile decision-making," meaning that it can be analyzed to help companies make sound business moves and formulate solid strategic decisions.

Particularly for intermodal businesses, application of the four primary components of big data analytics can aid in determining what decisions to make. Those components are: descriptive, which answers the question of what happened; diagnostic, which answers the question of why it happened; predictive, which tells what is likely to happen; and prescriptive, which tells what action to take to eliminate future problems.

"Implementation of big data into the global supply chain is ultimately a matter of survival in the increasingly technology-focused world."
Kevin Snyder
TRAC Intermodal

According to Snyder, more work needs to be done industry-wide to take advantage of the available information.

"The intermodal transportation industry has been relying on the descriptive and diagnostic analytics," he explained. "By focusing solely on historical data and taking a backwards look into the rearview mirror, the industry is not reaching its full potential."

Snyder continued, "Big data platforms allow for a proactive vision through their predictive and prescriptive analytics. Using the car analogy, it allows us to look forward through the windshield for what's ahead, identifying and navigating around problems before they surface and cause future challenges."

Embracing big data platforms, he said, will allow the industry to combine the four analytics components, thus providing intermodal transportation with a 360-degree view where not only can historical trends be identified, but what’s ahead can also be anticipated.

the role of blockchain

As for what blockchain is and does, it is a database of records, or blocks, that lets users add more blocks to the system from any location, thereby adding to a shared information trail. Although anyone who’s part of a blockchain collaborative can add a record to the chain, no one can change or delete existing information, which makes the chain a permanent, yet completely decentralized, record.

Snyder predicted that blockchain use would become widespread throughout the intermodal industry within the next five years.

"Blockchain exchange interoperability will be essential before the industry can enjoy success," he said, mentioning that the Blockchain in Transport Alliance, formed in 2017, is dedicated to developing best practices and standards for blockchain in the transportation industry.

The organization has said that blockchain will eventually become an essential tool for transport-related companies to manage financial aspects of their businesses.

"Experts estimate that there is about $140 billion tied up in transportation-related payment disputes every day and processing costs have risen to as much as 20 percent of total company costs," BiTA said in a statement. "Blockchain enables transportation companies … to more accurately track shipments, routes and trucks while providing a highly secure platform that permits faster processing and payments."

U.S. Rep. Tom Emmer (R-Minn.) is one of nearly two dozen House members who have taken up blockchain as an issue on Capitol Hill. Emmer, one of four co-chairs of the Congressional Blockchain Caucus, spoke at the fourth annual DC Blockchain Summit on March 7 in Washington and said that 2019 "stands to be the year of blockchain," and that it would be this year that U.S. companies, including those in the intermodal industry, begin "harnessing" blockchain to lower costs and increase efficiency.

"It is time that the United States issues a national strategy for blockchain," another summit attendee, Chamber of Digital Commerce Founder and President Perianne Boring said. "It’s time to embrace blockchain at a national level."

The non-profit Washington-based Chamber of Digital Commerce, founded in 2014, promotes the acceptance and use of digital assets and blockchain-based technologies. It has released a National Action Plan for Blockchain, which calls for a pro-growth regulatory approach to developing blockchain technology in the U.S. which can help help guide companies in intermodal and related industries.

"With interest in blockchain technology growing rapidly," BiTA President Chris Burruss has said, "there is an increasing need for standardization in freight, transportation and logistics around the world."

Between blockchain and big data, the former seems more likely for widespread application within intermodal in the near future, Snyder said.

"Blockchain has the most potential due to fragmentation within the industry," he explained. "Blockchain will force efficiencies via data cooperation that is nonexistent today. Its implementation will allow all stakeholders to share information, record transactions and track assets more efficiently and securely."

The projected advancements in technology could actually result in a time, years from now, in which some components of logistics systems – other than actual movement of cargo – could be run without any human assistance. It depends, however, Snyder said, if blockchain becomes accepted and deployed globally throughout the supply chain.

"In addition, technology reliance is a strategy, a strategy that requires a vision and a long-term commitment," he added. "If the commitment fades, there's a good chance that the solutions that technology can provide will fall short of their intended goal."