THE DRIVER EXPERIENCE: EFFECTS OF THE FINAL PHASE OF ELD IMPLEMENTATION 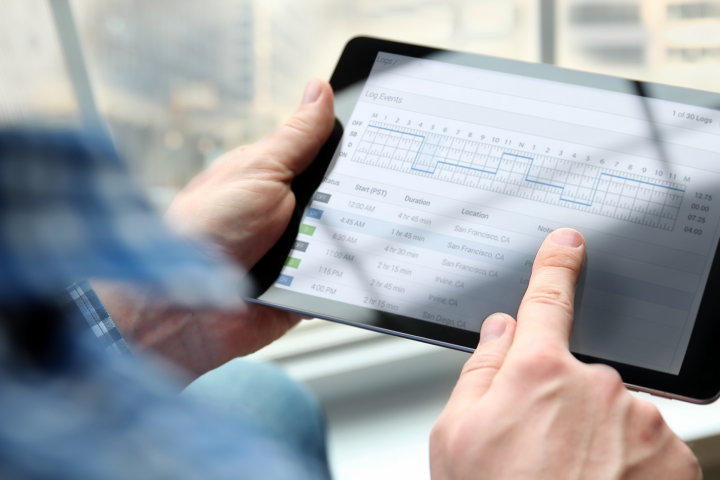 The Driver Experience: Effects of the Final Phase of ELD Implementation

"ELDs are the driver’s best supporter. The drivers will win financially and from a safety perspective with ELDs."
Lane C. Kidd
The Trucking Alliance

As of Dec. 16, 2019, all motor carriers and drivers subject to the hours of service regulations and having to complete records of duty status must use electronic logging devices. This is the third and final phase of the rule that initially went into effect in December 2017. As part this final stage of implementation, fleets already equipped with automatic on-board recording devices have until the December date to ensure they are compliant with the published specifications.

In what ways does implementation of the final phase of the ELD rule affect the intermodal industry? And from an intermodal standpoint, how much of a concern is the transition from automatic on-board recording devices to ELDs?

James Lamb, president of the Small Business in Transportation Coalition, says quite a bit.

"Because ELDs are far more restrictive than AOBRDs, the major issue from a telematics perspective is that intermodal drivers will need to get used to the fact that ELDs automatically switch a driver’s duty status to On-Duty, Not Driving whenever their vehicle has stopped moving for five consecutive minutes and the driver has not responded to the machine’s prompt within 60 seconds," Lamb explained. "And edit history will now be displayed for DOT inspectors to see involuntarily. This is all likely to catch drivers off guard at first, and make them nervous that they have to be downright obsessed with their new ELD robo-nanny."

Keith Halasy, marketing director with fleet management automation company EROAD said that since the more accurate driver logs that come from ELDs impact capacity, then the rapid shift of the remaining carriers to ELDs in a short time frame might cause a ripple.

Recent research, including some that EROAD has conducted, shows that only about 12-15% of carriers have yet to make the transition, and most of the large fleets are through it, Halasy said.

"Individual carriers that plan to wait until just before the mandate could run into some surprises," he commented before offering some advice for those companies undergoing final phase implementation.

"First, ensure that the legacy AOBRD provider has a plan for getting to compliance before the AOBRD grandfather clause expires. Second, a strong focus on driver training is particularly important to make sure drivers use the right rulesets and exemptions to stay in compliance," he said. "Third, the inspection community is geared up for heightened activity following the December 16th deadline – [and] unlike the December 2017 ELD mandate, there’s no grace period for ELD compliance."

Walter Kutschal, a product manager with fleet management software provider Verizon Connect, said that since the mandate has been in effect for over 18 months, and most carriers already have ELD capable devices in their vehicles, the ripple effect shouldn’t be too large as long as those who will be using the logging devices are educated on their use.

"For those operating under the grandfather clause, the concern would be making sure drivers understand the changes in how ELDs report malfunctions and diagnostics, and how they react to receiving them," Kutschal said. "Training for drivers and administrators on these issues and creating and editing events will be key to a smooth transition."

Moving from an AOBRD to an ELD will present drivers with new interfaces and new requirements for entering data. Other new requirements include carrying user guides and paper logs in case of ELD failure and requirements on what data to share with roadside inspectors. In addition, what a driver must do within their ELD to operate properly using specific rulesets and exemptions based on where they are or what they’re doing is critical to staying in compliance.

"A driver’s job is not easy, and technology can often make it harder," Halasy said. "If drivers have been using AOBRDs for a while and have developed habits for using the hardware and capturing logs, they’ll need ample time to adjust to ELDs. Without it, carriers may find more violations than they planned for."

However, DDI Transportation Safety Manager Rick Roache said that his company currently utilizes both ELDs and AOBRDs in its truckload fleet, and that drivers tend not to be aware of the difference and treat the devices the same.

"We see no difficulty for drivers to adjust," he remarked. "We see some difficulty for operations and dispatch as the migration from AOBRD to ELD will mean less flexibility relative to the implementation of the rules. For instance, if a driver using an AOBRD makes an error on his log and forgets to choose yard move or personal conveyance and then drives, the error is easily corrected by a manager. A driving error on an ELD is not at all correctable."

"Training is truly the key," Kutschal remarked. "Simple process flow and ease of use are key to driver acceptance. Nuances around unidentified driving, carrier edits, and what is required at roadside inspections, should be continually checked to help ensure drivers are comfortable and compliant."

"There are drivers who still balk at the use of these devices," he said, "but generally they are growing to be fully accepted."

Stefflre said that signs of a surge in business later this year to make the transition for those who currently use AOBRDs are not strong – yet.

"Judging by YTD volumes the general view in California is that the surge will be minimal," he remarked. "That might change if Trump eliminated the Chinese sourced tariffs. Still, given the fact that there has been relatively good acceptance of ELDs in our marketplace I don’t foresee any significant disruption caused by surges in volumes."

Halasy, however, said that there’s bound to be some bumps in the road toward final implementation.

"Everyone—from the FMCSA to the ATA and its state chapters to ELD suppliers—is encouraging carriers to move now," he said. "But we know that as with the 2017 deadline, a good number of carriers will wait as long as possible. The impact of this for those carriers is having to move fast on every aspect of the process—from selecting a solution to signing contracts to installing and training—which isn’t ideal for a smooth transition."

Another issue to consider is whether the final phase’s implementation could bring about a capacity crisis that affects the frequency with which a truck is available for use and how long it takes some shipments to deliver.

"Anyone not exempt from maintaining records of duty status, or who operates a vehicle that is exempt from being outfitted with an ELD, has already made the financial investment in an ELD or grandfathered AOBRD." Ahart explained.

"Additionally, these same drivers have been operating under the heightened level for hours of service compliance that both of these devices provide. Therefore, I don’t anticipate any capacity crisis being caused by the ELD compliance deadline."

Halasy and others also agreed that the likelihood of a capacity crunch is far less than the one that the industry experienced at the time of the first phase of implementation two years ago.

"While there will certainly be a good number of carriers that wait a little too long or run into problems that push them up to and beyond the deadline, the potential capacity crisis is lower than what the market faced in 2017," Halasy said. "The softer state of the trucking market may also reduce the risk of capacity shortage."

DDI Transportation’s Roache, and others also said that the risk of a crunch is far less than around the time of implementation of the first phase of the mandate.

"Intermodal carriers favor using owner operators to service their customers and by now nearly all owner operators who are not ELD exempt due the age of their truck engines are using ELDs," Roache explained.

Likewise, Stefflre said that to him, a capacity crisis seems improbable. Lamb, however, has a different viewpoint.

"It all depends on a variety of factors, like what will happen generally with consumer confidence, the outcome of the latest China trade battles, foreign affairs, including current hostilities with Iran, and the like," he said. "Too soon to tell what will happen over the next quarter. I suspect more drivers will leave when they realize the differences and challenges that ELD pose so a capacity crisis could very well happen late in the fourth quarter or around the first of the year if freight volumes remain steady."

Lane C. Kidd, managing director of the Alliance for Driver Safety & Security, commonly known as the Trucking Alliance, said he believes that final adoption of the mandate could result in a capacity crisis, but that he also believes that in the long run, electronic logging devices will prove to be a boon to the trucking industry.

"ELDs are the driver’s best supporter," he said. "No longer will shippers, forwarders, brokers or employers be able to force a driver beyond his legal on-duty hours of service. The drivers will win financially and from a safety perspective with ELDs, and statistics over the next few years will bear that out."