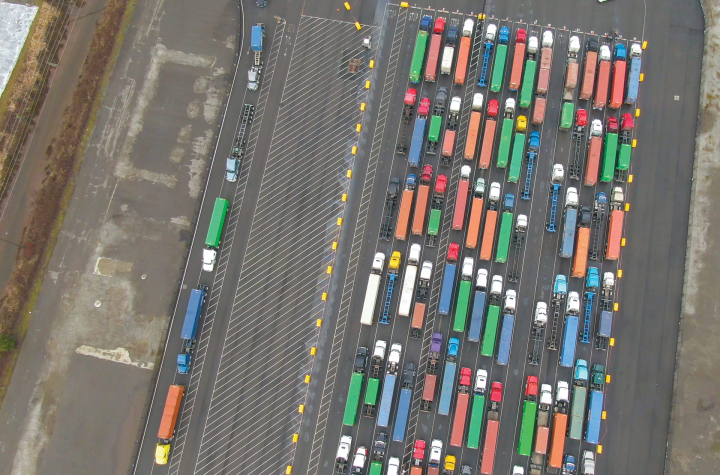 At the start of the year, California Assembly Bill 5, a statute that codifies what’s known as the Dynamex ruling, went into effect. The court case, Dynamex Operations West, Inc. v. Superior Court, established a standard presuming that most workers in California are employees and places the burden of proof on employers to show that a worker is properly classified as an employee or independent contractor.

AB5 codifies a type of "ABC" employment test where a hiring entity must demonstrate that a worker is A: free from direction and control; B: performing work outside the usual course of the hiring entity’s business; and C: engaged in an independently established occupation, trade or profession.

Fail any of those three prongs of the test and the worker is considered by the state to be an employee. The legislation, which largely impacts the intermodal industry’s truck drivers and warehouse workers, currently faces legal and legislative challenges that could possibly result in the legislation being modified or scrapped altogether.

Since AB5 went into effect, about three dozen proposed pieces of legislation have been authored that range from making small tweaks to the law to repealing it outright. Also, at least half a dozen legal challenges are now pending against AB5, with the California Trucking Association, Western States Trucking Association and two California-based owner-operators among those that have filed suit.

"We have always maintained that misclassification in trucking is a real issue, but California’s approach is overly broad and unnecessarily confusing," Owner-Operator Independent Drivers Association spokesperson Norita Taylor told Intermodal Insights. "We will continue to communicate to our members and ask for their help in educating lawmakers how outlawing independent truckers is unacceptable."

A lot is riding on the outcome: the legislation affects about two million Californians who are independent contractors, including an estimated 70,000 independent truck drivers.

AB5’s author, Assemblywoman Lorena Gonzalez Fletcher (D-San Diego) has said she’s open to modifying the law. In late February, under pressure, she introduced legislation, Assembly Bill 1850, that would remove some restrictions on freelance writers and photographers, but thus far, she has not indicated any willingness to create any exemptions for independent truckers.

Republicans have repeatedly introduced bills that would modify AB5 or repeal and replace it with a looser standard. The efforts have been soundly defeated, however, by the chamber’s large Democratic majority.

Weston LaBar, head of the Harbor Trucking Association said that 80 to 85 percent of the drivers operating in California’s ports are owner-operators or independent contractors and that AB5 could potentially have a massive effect.

"I think the biggest fear that we have is that we would lose a large portion of our drivers," he said. "From our perspective, we need to make sure we’re doing everything we can to enhance the driver experience and make sure that the truck driver finds value in this industry. Right now, the truck driver finds the biggest value is to be an independent owner-operator, and we want to fight for his or her right to continue to do that."

"We are continuing to go behind the scenes and work with people to make them understand the important role that trucking plays in moving commerce in this state and the importance of the use of independent contractors, and how if they can’t resolve this for us, we’re gonna be headed down a bad road."
Gail Toth
New Jersey Motor Truck Association

"If folks actually take a look at the effects on people that AB5 has affected—and any other piece of legislation that’s similar—they would see that there’s a lot of people who lose out when we have these types of laws go into place," he added.

Noel Hacegaba, deputy executive director at the Port of Long Beach, said the port is monitoring the effects of AB5, but it’s too early to tell certain things, such as the spread of similar legislation in other states and how such laws could reshape the drayage trucking industry. He did say, however, that his port doesn’t currently anticipate being hugely affected.

"Beyond the issues for the supply chain and possible effects on drayage operations, we do not anticipate a direct impact on our organization," he said.

"As a whole, the intermodal industry must first take stock of the purpose and the effects of laws like this," he added. "For example, was the intermodal industry the primary thrust of the legislation? If so, are there changes that could be made or collaborative efforts to effect change? If not, just what should the industry consider as a response?"

Although AB5 may be the first in the new wave of so-called "gig economy" laws, it’s not the only legislation of its kind. Other states, including New Jersey, New York, Massachusetts, Illinois and Washington, all have similar laws in various stages of development.

In New Jersey, state Sen. Stephen Sweeney introduced S863 in January, a measure similar to AB5 in that it would mandate the use of an ABC test. The bill, Sweeney has said, aims to ensure workers are given legal rights on minimum wage, overtime, disability insurance, family leave and appropriate tax withholding that independent contractors must negotiate on their own.

The Association of Bi-State Motor Carriers, New Jersey Motor Truck Association, IANA and other transportation groups have voiced their opposition to S863, particularly the ABC test, which they call an obstacle to motor carriers hiring independent contractors.

As of 2019, an estimated 85 percent of the Port of New York/New Jersey’s 9,000 active truckers are independent operators, according to trucking community data.

"If folks actually take a look at the effects on people that AB5 has affected—and any other piece of legislation that’s similar—they would see that there’s a lot of people who lose out when we have these types of laws go into place."
Weston LaBar
Harbor Trucking Association

"It appears to be a blue state issue—particularly if it’s a blue state with a port," she said. "For those progressive states, this appears to be where they’re heading. I think this is a spreading problem, and we’ve really got to address it, because it’s very serious."

S863 is a slightly rewritten version of New Jersey’s S4204, which seeks to reclassify independent contractors in the state via an ABC test. S4204 failed to pass last year. Toth said that it’s possible that the current version of the bill will be stalled in the legislature for the time being. "There’s an election this year, and they don’t want to be addressing something like this," she said. Toth added the biggest problem that her organization and members have with S863 is the ABC test that the bill would mandate application of.

"If they give us a test that we can pass, then we don’t have to worry about an exemption. I find that highly unlikely, but that is the only thing we can hope for, that they rewrite the ABC test in such a way that we can pass it," she said. "If they just tinker around with some words and it basically stays the same, we’re not gonna survive it, because it’s not helping us get out of the situation we’re already in."

She said that her organization is attempting to educate lawmakers and others as to the effect that legislation such as S863 could have on trucking.

"We are continuing to go behind the scenes and work with people to make them understand the important role that trucking plays in moving commerce in this state and the importance of the use of independent contractors, and how if they can’t resolve this for us," she said, "we’re gonna be headed down a bad road."

Taylor added that one way that the implementation of AB5 and similar legislation could change the way trucking companies do business in New Jersey, California and other states is that more owner-operators may choose to get their own authority, in which case they would no longer be affected by the statute.

"Another option would be a two-check system where they are paid as an employee and still lease their truck to the carrier," she added. "At one time, this arrangement was fairly common."

LaBar further noted that the bigger issue looming is the possibility of the federal government passing legislation.

"The bigger concern, I don’t think, is the states," he said, mentioning how in February the Democrat-controlled U.S. House of Representatives approved a bill, the Protecting the Right to Organize (PRO) Act, that would create an ABC test at the federal level.

"That is, I think, the bigger concern," LaBar said. "If this is, in fact, created at the federal level, that changes the game for all of us, and so I think that’s something that we’re monitoring very, very closely."

An amendment attached to the PRO Act clarified that its ABC test "does not preempt any state laws governing the wages, work hours, workers’ compensation, or unemployment insurance of employees." The bill, however, is considered highly unlikely to pass the Republican-controlled Senate.