INTERMODAL AND E-COMMERCE: PERFECT TOGETHER 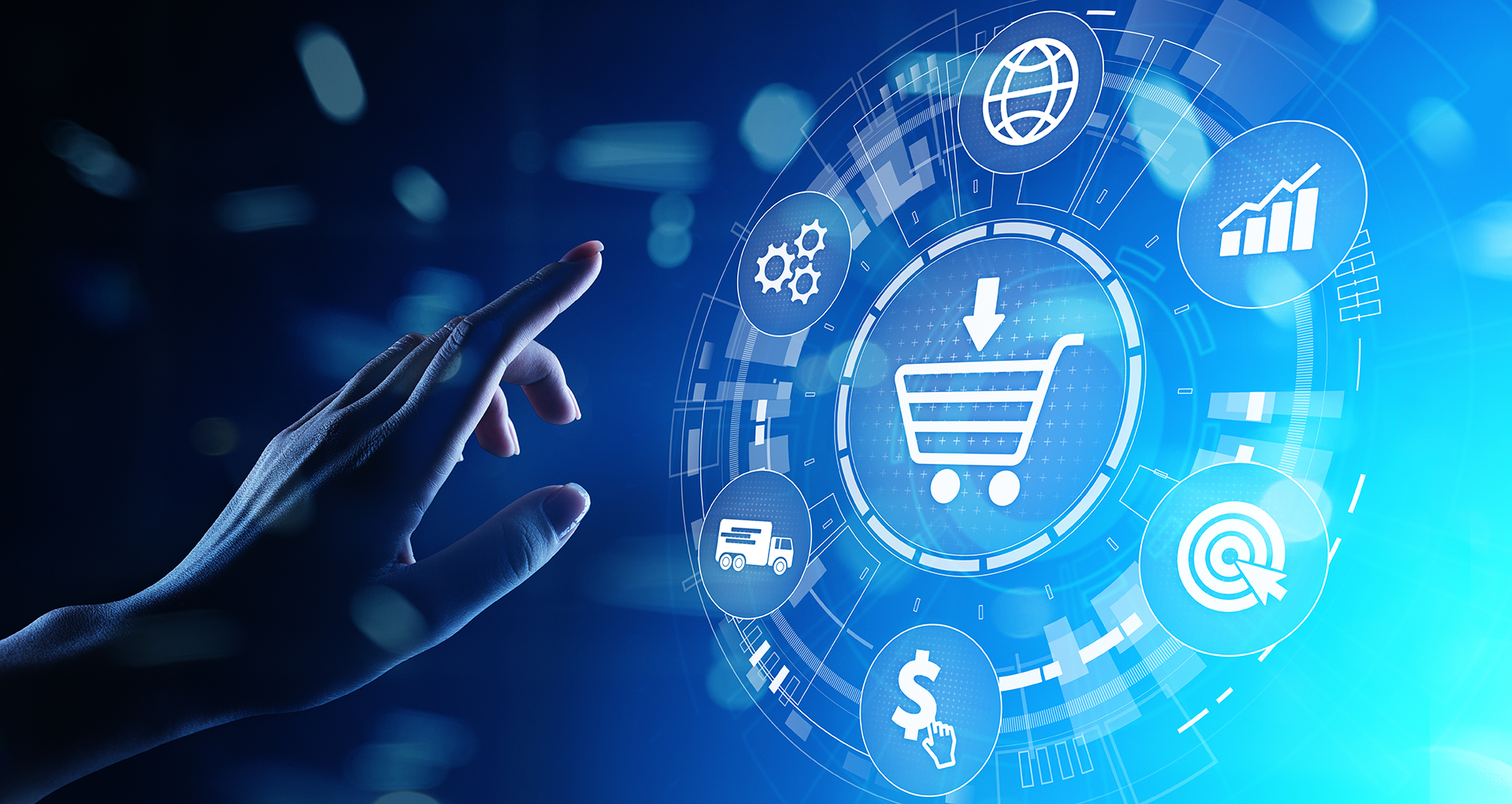 Intermodal and E-Commerce: Perfect Together

There is broad agreement intermodal plays a vital role in supporting the strong growth of e-commerce that was accelerated by COVID-related changes in consumer habits.

The strong performance of intermodal during the second half of last year validates its value. IANA’s North American volume accelerated in the second half of 2020 as e-commerce sales soared, finishing with an increase of 4.40 million shipments in the fourth-quarter shipment over 2019 levels. The U.S. Department of Commerce’s latest report showed that e-commerce sales rose 37% in the third quarter, or more than five times faster than overall retail sales over the year-earlier period. No full-year statistics for e-commerce have been released yet by the Department of Commerce.

Kristy Knichel, president of Knichel Logistics, said intermodal investments by Amazon and Wal-Mart – the largest U.S. e-tailers – demonstrate the growth potential for shipments to support Internet commerce. Intermodal can continue to increase e-commerce shipments through predictable and reliable scheduled rail service, which will enable shippers to better forecast product positioning that opens the way for higher volumes, she added.

"3PLs need to continue to focus on technology and provide visibility and transparency to customers," she said. "As supply chains and consumers continue to evolve, the 3PLs that can provide visibility and transparency while offering its customers information to help them solve their problems will be the ones that will be able to capitalize on the ecommerce opportunities."

Intermodal’s value comes from a network approach, another expert said.

"Continuous improvement is critical to keep up with the major e-commerce shippers. Past performance won’t be enough to make inroads against over-the-road alternatives."
Ryan Houfek
DCLI

"As an Intermodal Equipment Provider, we are seeing more direct involvement by the e-commerce freight owners as they become more self-reliant on every aspect of their supply chain," he told Intermodal Insights.

Larry Gross, president of Gross Transportation Consulting, summed up the strong link between e-commerce and intermodal this way. "Intermodal will continue to have a natural role in e-commerce handling the big volumes flowing into the regional distribution centers. Because the flows are being concentrated by the large players such as Amazon and Walmart, the volumes are more than sufficient to support full loads moving via intermodal."

Tom Williams, BNSF Railway’s group vice president – consumer products, highlighted parcel carriers and their shippers as another intermodal growth area related to e-commerce. "We have seen 14% growth in our parcel volume and more than 16% growth during our peak season," he shared.

In March, BNSF’s total intermodal volume was down 10%. Williams said demand began to rise quickly in the spring, including a peak-level volume surge that was sustained for expedited and domestic shipments until the end of 2020.

"Our ability to successfully meet that rapid increase in demand was due to our flexibility in finding ways to bring capacity to the market and having the means to quickly redeploy assets on our network from strategic locations," Williams said.

"The e-commerce wave in the wake of COVID-19 has resulted in a massive U.S. restocking cycle, and CSX is experiencing strong volumes for the delivery of goods from domestic manufacturing centers and imports from shipping ports to warehouses and distribution centers," Tyrance said.

South Carolina also is experiencing the positive changes that are driven by changing logistics strategies.

SC Ports assisted Walmart in establishing its seventh import distribution center, a 3 million square-foot facility about 35 miles from the Port of Charleston, said Melvin, who reported that the distribution center’s location will boost port volumes by 5%.

The intermodal experience is part of a broad shift in domestic surface freight services.

Those decisions by consumers generated substantial changes in shipper and truckload carrier activities as reflected in both volume and rates. From April through December of 2020, DAT’s spot market volume exceeded all of 2019 by nearly 30%. Rates excluding fuel surcharge climbed about 80% from late April to the last week in December.

"From a truckload perspective, the timing of freight volumes is going to be an interesting story," Adamo said. "Leading up the holiday season, U.S. retailers were having a hard time scheduling ocean capacity to ship containers out of Asia. So they’ve been pulling forward shipments of spring inventory to get it moving before mid-February, when Chinese manufacturing effectively closes down for the New Year holiday."

Intermodal’s role in e-commerce will grow through continuing attention to some familiar attributes, several experts said.

"The key is reasonably fast but highly reliable service that gets the load as close as possible to origin and destination on rail," Gross explained. "The single biggest determinant of intermodal economics door-to-door is minimizing dray miles."

Gross particularly cited the potential for further parcel shipment growth due to e-commerce increases. The ability of intermodal to meet parcel carriers’ needs for schedule, speed and reliability will help to determine market share going forward, he said.

"Continuous improvement is critical to keep up with the major e-commerce shippers," he said. "Past performance won’t be enough to make inroads against over-the-road alternatives."

"We are always focused on unlocking additional capacity and efficiencies for our customers’ supply chains and being consistently able to meet our customers’ evolving needs," he said. "Intermodal is a team effort. The more advance data we have around demand and service-delivery needs enables us to leverage analytics to optimally provide what shippers need."

"From the lessons learned in 2020, CSX demonstrated that we are able to effectively, logically and thoughtfully pivot to changing conditions. We are confident we can adapt to whatever the future brings," Tyrance said.

There is one area where growth prospects are uncertain at best, Gross said.

"As we move up the supply chain closer to final delivery, the landscape becomes more challenging [for intermodal] due to dispersion of facilities and increased service demands," he said.

Will the habits of consumers and their experience during the pandemic make a permanent shift in their buying habits that will affect intermodal? Houfek believes that answer is yes.

"The pandemic has helped expedite consumers’ trust in and even dependence on e-commerce," he said. "We believe that e-commerce will likely retain a large portion of the market share it has taken during the pandemic." Gross agreed, suggesting that 10 years of change in consumer habits could have occurred last year.

"The changes that we are seeing were always in the cards but have been accelerated. Things will not go back to the way they were."

"The pandemic only exposed and accelerated what we already knew and what was already happening. Will the end of the pandemic change that? No," she said.

"As long as the vaccine is successfully distributed without any major setbacks – we do expect shipping patterns to normalize and return to pre-pandemic type levels."