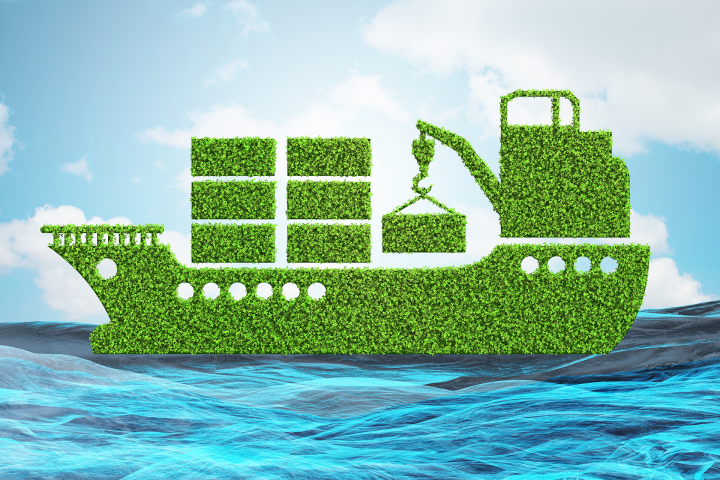 "Cutting the emissions of sulfur oxides from ships’ fuel will have a positive and beneficial impact on human health and the environment. There will undoubtedly be associated costs of cutting emissions from ships — but it is a necessary step."
Natasha Brown
International Maritime Organization

In January 2020, the International Maritime Organization’s new requirement to reduce ocean carrier emissions takes effect. When it does, it will lower the allowable sulfur content in ship fuels to 0.5% or less, compared with 3.5% now.

What does this highly impactful change mean for intermodal as ocean carriers map out adjustments to comply with the new standard? Specifically, what will the effects of the rule be – higher rates for BCOs as a result of carriers passing on the rising costs? And will there be an effect on the amount of merchant haulage, compared with carrier haulage?

Lee Kindberg, director of environment and sustainability for shipping and logistics giant Maersk, says yes, there will be an effect on merchant haulage.

"The rule does increase costs by requiring more expensive low sulfur fuel or investment in technologies to achieve equivalent performance," he said. "Carriers are implementing mechanisms to pass this increased cost to the BCOs."

International Maritime Organization spokeswoman Natasha Brown confirmed to Intermodal Insights that a change in fuel and the forecast higher fuel costs for low sulfur fuel could have an impact on the beneficial cargo owner with surcharges likely to be passed on from carriers to BCOs.

"It is important to remember that the cost of pollution is borne by everyone — services, economic productivity and so on," she said. "Cutting the emissions of sulfur oxides from ships’ fuel will have a positive and beneficial impact on human health and the environment. There will undoubtedly be associated costs of cutting emissions from ships — but it is a necessary step."

Regarding the possibility of a shortage of low sulfur fuel after the rule is implemented, Brown said that an IMO-commissioned study, as well as recent forecasts by the Paris-based International Energy Agency and others, suggests that there will be sufficient low sulfur fuel oil available globally.

"Of course, there could be local fluctuations — but it should be remembered that any fuel oil below 0.50% sulfur can be used to meet the requirement," she said. "So, 0.10% marine gas oil would also meet the limit -- albeit may be more expensive -- and the guidance issued by IMO makes clear that cost cannot be a consideration to use compliant fuel oil."

Kindberg said the possibility of shortages isn’t a huge one, since refineries and carriers have had eight years to prepare for this change and have been working toward it for some time. He also mentioned that since 2015, vessels traveling within 200 miles of most of the U.S. and Canada coasts — in a zone called the North America Emissions Control Area — are already required to use 0.10% sulfur content fuel, which is even cleaner than the 2020 rule of 0.5%.

"In terms of the global supply, we don’t expect to see major issues due to the three available compliant fuels, 0.5 %S fuel oil, gas oil and marine diesel oil," Kindberg said. "Thus, while there could be some localized disruptions as the change is implemented, we believe supply is sufficient."

Alternative Fuels on the Rise?

Another question is whether the regulation could result in shippers eventually moving away from petroleum fuels altogether in favor of alternative fuels like LNG.

"Yes, it is possible — regulations can help drive innovation, energy efficiency, and potentially a shift to alternative, cleaner fuels," Brown said. "IMO has adopted an initial strategy to reduce GHG emissions from ships and this confirms IMO’s commitment to reducing GHG emissions from international shipping and to phasing them out as soon as possible in this century. Alternative and low-carbon fuels will need to be a part of that vision."

Kindberg said a shift away from fossil fuels has already occurred for a few carriers that operate primarily in the North American ECA, where fuel even cleaner than the 2020 rule (0.1%S) has been required since 2015.

"In addition to the 2020 sulfur fuel rule, IMO has also made a longer-term commitment to reducing CO2 by 50% by 2050," Kindberg said. "Those goals will lead to higher efficiency and moves from standard petroleum-based fuels to low carbon fuel shipping."

"By the way, most LNG is non-renewable fossil fuel," he remarked. "LNG is methane, a greenhouse gas 25 times as strong as CO2. It is an alternative for this rule since it contains no sulfur, but does not provide zero carbon emissions unless derived from renewable sources."

Even under the new rules, ships fitted with sulfur-cleaning scrubbers will still be able to continue burning high-sulfur fuel. Current regulations allow exhaust gas cleaning systems, aka EGCS, or scrubbers, to be accepted by their flag countries as an alternative equivalent means to meet the sulfur limit requirement.

Use of such fuels means that the ship’s engine can continue to use high sulfur, more viscous fuels, negating the need for lubricants to be modified, which may be the case with the use of lower sulfur, lighter fuels.

Is this a good idea, or should scrubbers be banned, as some environmental groups are calling for?

"A limited number of our vessels will be using scrubbers and will switch to low sulfur fuel in any areas where scrubbers or discharge are not allowed," he said. "IMO has set specific technical requirements for scrubber discharges to sea water. There is still study on the potential impacts of such discharges, and some jurisdictions have set additional discharge restrictions."

A major effect of the low sulfur fuels edict is that container lines are looking at increased annual fuel costs that could be as high as $12 billion, according to the Maryland-based Coalition for Responsible Transportation, which advocates for all sectors of the shipping industry. Other estimates show that it may be realistic to expect additional costs of up to $200 per TEU just for fuel, according to the CRT.

Various forecasters estimate an increased cost in the range of $250/ton or more for low sulfur marine fuels that will meet IMO 2020 regulations. Maersk has said that it would incur an additional $2 billion per annum in fuel costs, while Hapag Lloyd estimated an annual increase in cost of $1 billion.

In a recent whitepaper, the Coalition for Responsible Transportation wrote that all stakeholders should expect and prepare for dealing with the ramifications that these new IMO regulations will bring, specifically higher fuel costs for not only marine vessel operators, but also possibly truck and rail operators, as the price of diesel fuel for truck and rail operations is also expected to be impacted.

"Shipping lines, who must comply, will need to find solutions and make difficult decisions most appropriate for their operations and business interests," the paper reads in part. "For those that choose a more future fit fuel like LNG or HFO with exhaust gas cleaning systems, the capital cost will be a short-term challenge offset by the operational cost savings from the use of lower cost fuels. For those that have opted to use low sulfur fuels, the substantially increased fuel costs will be problematic for a long time to come."

"Either way," the paper continues, "their choice is difficult, and all stakeholders of the industry will feel the impact. Planning now, while not as timely as many would like, will be essential for effectively navigating through this transformative event in shipping."