MERGERS AND ACQUISITIONS: WHAT EFFECT ARE THEY HAVING ON INTERMODAL? 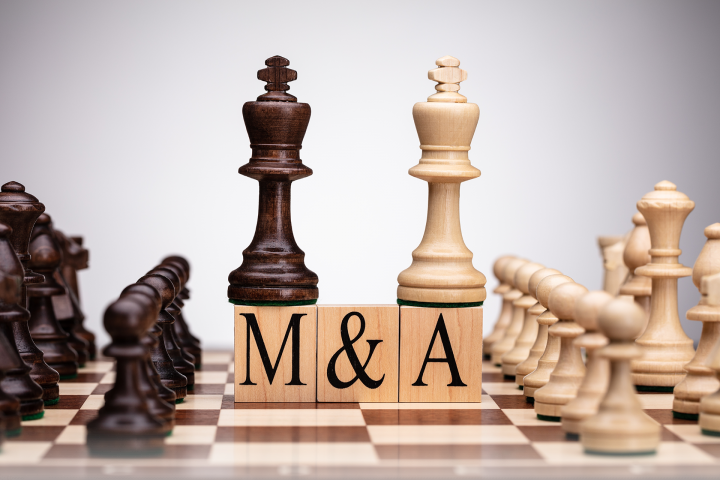 Mergers and Acquisitions: What Effect Are They Having on Intermodal?

Rail, sea shipping and other parts of the transportation realm have seen mergers and acquisitions take place recently. So how do these M&As specifically affect the intermodal industry? They’re mostly beneficial, experts tell Intermodal Insights.

But fears of a shrinking marketplace and reduced competition are not warranted, experts say. According to Mark Fornasiero, managing partner with private equity firm the Clarendon Group, when a transaction takes place in a particular, individual mode, the impacts of M&A activity on other parts of the intermodal market are potentially beneficial.

"It can create positive benefits for other players, such as when the intermodal trucking sector consolidated over the last two decades," he explained. "It has allowed intermodal marketing companies, ocean carriers, BCOs and freight-forwarding customers to reduce from sometimes over 1,000 providers around the country they used in the 1990s to a set of key core carriers that they could work with in multiple regions that had the scale and resources to invest in electronic data interchange and other ways to reduce transactional costs and provide large-scale driver capacity and improved service."

"In other segments that are more consolidated," he continued, "some customers have expressed concern the remaining players might have too much market power which they feel could impact pricing and/or service negatively, though in our view that has not materialized." M&A can play a powerful role in the intermodal arena, Benjamin Gordon, a managing partner with Cambridge Capital, added.

"On the one hand, it can help companies that merge, because it can take out cost and allow for combinations of services," he explained. "On the other hand, it can also help customers, because they can gain a broader range of services at a lower cost."

He used railroads as an analogy.

"In the 1890s, there were hundreds of railroads. Thereafter, under the direction of JP Morgan and other industrialists, a handful of giants emerged. Today, there are seven Class 1 railroads that provide strong national networks," he said. "Just as the railroads have consolidated into a smaller number of larger networks, so the intermodal [marketing] companies can and will take a similar approach."

Fornasiero said that one of the ways that M&As have been beneficial is that they’ve allowed leading companies to achieve economies of scale faster than being limited to just organic growth, and have allowed them to provide services across wider geographies at lower cost to their customers.

"Intermodal has been a rich area for investment both by private equity investors and strategic buyers," he said. "Larger companies have also had the resources to make investments in their business that have been beneficial to their customers and other players in the intermodal supply chain."

Well-executed acquisitions are beneficial to intermodal companies and customers, Gordon added, using XPO’s acquisition of Pacer in 2014 as an example.

"The deal created a larger, stronger and more integrated logistics provider," he said. "And according to most, the results were good for employees,shareholders and customers."

Eight years ago, XPO stock traded for close to $8, but in the years since it has risen to above $84, he said.

Fornasiero said that certain sectors within intermodal are generally more attractive to potential buyers, such as asset-light segments.

"Intermodal marketing companies have been attractive to strategic acquirers as a way of providing an additional capability to build on strength in truck brokerage and other segments … that is challenging to build on their own due to legacy rail contracts IMCs enjoy," he explained, citing Transplace’s acquisitions of Celtic and Yusen Logistics as examples. "Intermodal trucking has been a strong area of investment due to the [cost advantages received by companies when production becomes efficient] that can be achieved in operations around ports and railheads."

There has also been strong activity, he said, in certain asset-heavy segments, such as the chassis segment, which has seen interest from infrastructure private equity funds interested in "core-plus" assets that can provide strong returns, e.g., EQT’s investment in DCLI in 2016, which was sold to Apollo this year.

Other areas, such as the rail and port terminal services segments, have also seen significant acquisition activity in recent times, Fornasiero said, while Gordon agreed that right now, the highest demand from buyers is for asset-light segments, as well as technology-enabled services.

"For instance, intermodal marketing is a non-asset service. Similarly, technology-based capabilities are in high demand, such as software businesses. The reason is because asset-light and technology-enabled companies can achieve high growth without requiring capital expenditures," he explained.

"Food producers, manufacturers and retailers are looking for cold chain partners who can offer a dynamic and truly end-to-end temperature-controlled logistics solution, and one that can reach every corner of the world," he said. "Welcoming Emergent to the Lineage family not only adds significant capacity to our international footprint, but also deepens our commitment to our port strategy and international trade."

"We are better able," he continued, "to help customers respond to constantly shifting market dynamics, such as global network optimization, tariff impacts, consumer preference shifts, and much more, while at the same time unlocking new potential market opportunities to sell their goods."

Likewise, when Universal Logistics bought out Roadrunner, Universal CEO Jeff Rogers provided some insight behind the company’s decision to acquire a strong competitor that services several of the same markets as Universal.

"We see a great deal of opportunity to integrate these two best-in-class drayage providers, while adding a significant amount of additional capacity to our network," Rogers explained. "The acquisition of Roadrunner Intermodal is extremely exciting for us."

Also, when Kuehne + Nagel further continued the expansion of its global perishables network in mid-2019 via the acquisition of Worldwide Perishable Canada Co., a company official explained the purchase.

"Perishables logistics is one of our strongest growth drivers," Kuehne + Nagel North America Regional Airfreight Manager Greg Martin said. "Thus, we have been continuously investing in the expansion of our dedicated network: through selected acquisitions and by connecting key production countries to major markets."

Both Gordon and Fornasiero said that M&A conditions are currently favorable to deals on the whole.

"Capital markets are open, providing abundant debt to finance acquisitions," Gordon remarked. "Public markets are expecting high growth, which encourages buyers to pay up. The economy is in its 10th year of expansion, which provides a foundation for healthy customers, buyers and sellers. And as a result, both private equity investors and strategic buyers are very active."

"M&A conditions continue to be favorable in general," Fornasiero said, "as there is a large amount of private equity dry powder and strategics eyeing growth through M&A that continue to have a strong interest in acquisitions in the intermodal space."

"That said, some companies that would be strong targets have developed lofty expectations based on the unusually strong market environment that existed in 2018 which has been coming back down to earth in 2019," he continued. "The relative interest between strategics and financial buyers is often dependent on the segment. For IMCs, strategic buyers such as Transplace and Kuehne + Nagel have been active in order to build an intermodal presence that complements other 3PL services they provide, though there is also substantial interest from the private equity community in the segment."

"In the chassis, container leasing and terminal services spaces, private equity firms have been active, especially infrastructure PE firms with ‘core plus’ strategies to get stronger returns than they can in more traditional investments, such as toll roads."

Experts agree that the wave of M&A activity that took place in 2019 is likely to carry over well into 2020.