PANAMA CANAL EXPANSION 5 YEARS LATER: HOW MUCH HAS FREIGHT TRANSPORT BEEN AFFECTED? 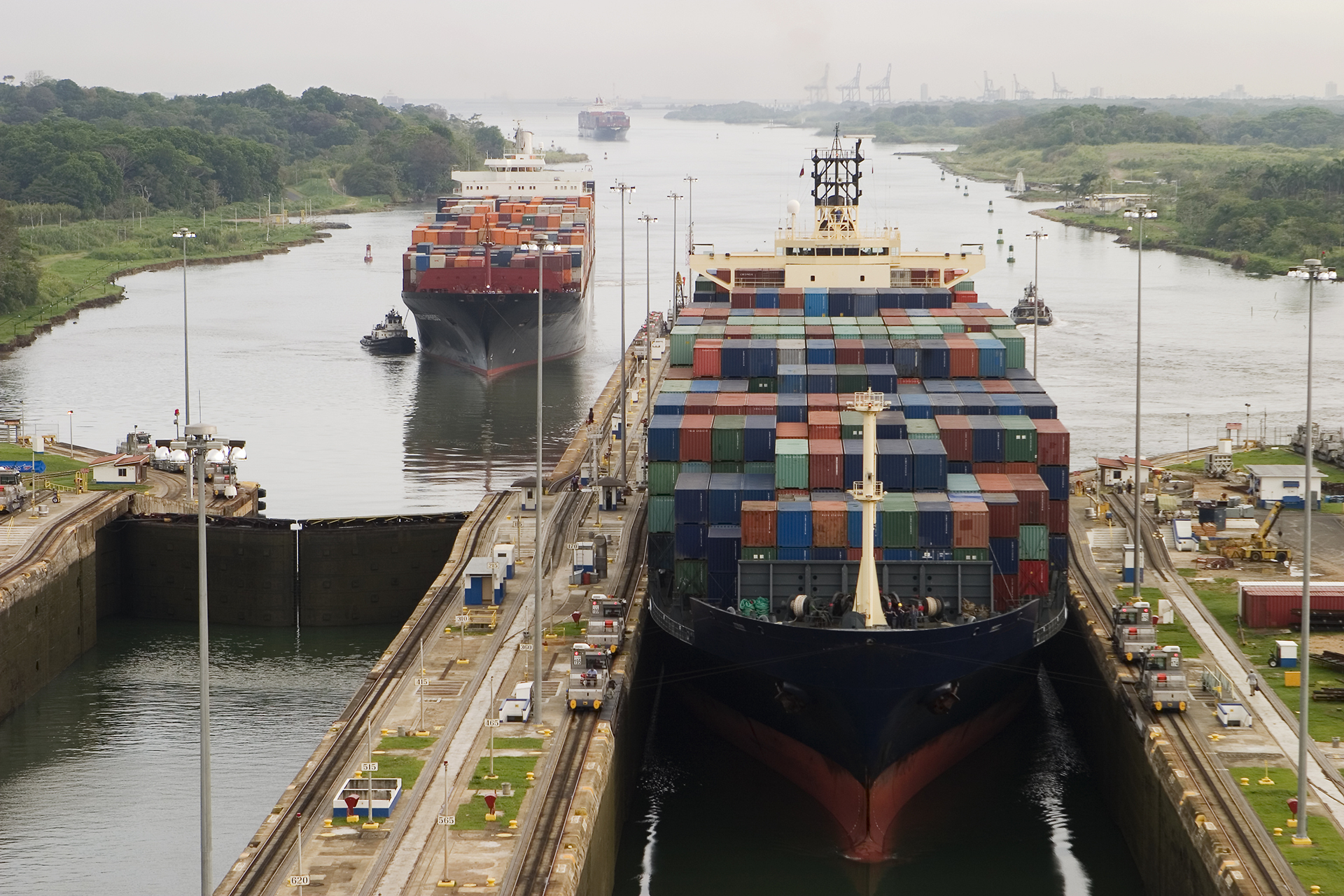 Panama Canal Expansion 5 Years Later: How Much Has Freight Transport Been Affected?

In 2006, when an expansion of the Panama Canal was proposed by the South American country’s then-president, the rationale was that by adding a new lane of traffic and increasing the width and depth of the current lanes and locks, not only would a larger number of ships be allowed through, but more importantly, physically larger containerships could also traverse the canal.

Instead of being able to accommodate vessels with a maximum length and width of 965 feet and 106 feet respectively, the canal could now fit the largest class of vessels, known as Neopanamax ships, which are up to 1,200 feet long and 168 feet wide.

"As container vessels increased in size, the Panama Canal had the choice of either relinquishing business to the Suez Canal or expanding and deepening to be able to service the growing number of larger vessels," officials with the Port Authority of New York and New Jersey explained in a statement to Intermodal Insights TEU have traversed the canal, according to the Panama Canal Authority.

"Currently, almost 96% of the world containership fleet can transit through the Panama Canal," The canal authority, known as the ACP, told Intermodal Insights in a statement, while adding that the average vessel size that it sees keeps increasing.

"The trend of larger vessels became necessary due to the cost savings per container slot – similar economics were experienced in tanker shipping. Once certain ocean carriers started down this path, any carrier that wanted to remain competitive on long-haul trade lanes also had to build larger vessels," PANYNJ officials explained.

"Had the Panama Canal Authority decided not to move forward with the expansion, the ocean carriers would have routed their larger vessels through the Suez Canal to the U.S. East Coast."

The expanded Panama Canal began commercial operations in June 2016 with the ability to accommodate vessels with overall length of 366 meters/1,201 feet, 49 meters/160 feet of beam — upgraded in June 2018 to 51.25 meters/128 feet — and cargo capacity up to 14,000 twenty-foot equivalent units. Previously, the waterway could only handle vessels up to about 5,000 TEU.

So, in the five years since the expansion, what has — and has not — changed for global shipping? Has the $5.25 billion project affected how and where larger containerships travel to various points in North America?

The Panama Canal Authority told Intermodal Insights that with the canal now connecting major markets on a global scale, its main route includes trade from Asia to the East Coast of the United States. One of those East Coast locations benefiting is the Port of New York & New Jersey, the busiest port on the East Coast and third busiest in the United States, after those in the Southern California cities of Los Angeles and Long Beach.

Port Authority officials pointed out that generally, East Asia exporters are the biggest users of the Panama Canal, whereas any country from Southeast Asia to Indian sub-continent would more naturally transit the Suez Canal.

"We can assume this trend is a direct result of the Panama Canal’s expansion and hence competitiveness," port authorities said. "The PONYNJ’s share of cargo volume transiting through the Panama Canal has increased in great part because the canal can now handle larger vessels. The expansion made the USEC [U.S. East Coast] more competitive for imports from East Asia and also for USEC exports to East Asia."

Other East Coast ports, including those in Baltimore; Charleston, S.C.; Jacksonville, Fla.; Miami; Philadelphia and Virginia have also attributed increased container traffic, in part to ships transiting the expanded canal.

Specifically, during the first six months of fiscal year 2021, the Panama Canal Authority has said, canal traffic saw a significant increase, as U.S. imports grew significantly due to the replenishment of inventories and drastic changes in consumer buying habits driven by online purchases.

"We expect that by the end of fiscal year 2021, a total of 30 liner services will be transiting through the waterway," the ACP stated. "Almost 60% of these transits of container vessels are deployed in Asia to the East Coast of the United States route."

But to attract super-sized cargo vessels, East Coast ports have had to invest in infrastructure improvements and modifications, ones that may better accommodate not just larger ships, but higher volumes of container traffic.

Among the refinements that East Coast ports have undertaken are such things as longer quays; longer-reaching container-handling cranes; deeper channels and berths; additional container storage space and on-dock rail capacity; bigger turning basins; and higher bridges, such as the aforementioned Bayonne Bridge at NY-NJ, which was raised to allow larger vessels to pass under it.

At the Port of Baltimore, where cargo volumes have exploded since the opening of the expanded Panama Canal in 2016, several upgrades are taking place at the Seagirt Marine Terminal in Southeast Baltimore to increase the port’s cargo capacity.

In February, JAXPORT, formerly known as the Port of Jacksonville, released a five-year strategic plan that outlines numerous goals, including harbor deepening; prioritizing investment in infrastructure, equipment and facilities; and acquiring new land in proximity to the port.

At PhilaPort, also known as the Port of Philadelphia, a groundbreaking was held in March for a new near-dock warehouse that the port says is expected to help process additional cargo that’s been coming in since the Panama Canal’s expansion.

"Now is the time to accelerate our throughput and growth," he added.

Also in March, the South Carolina Ports Authority opened the first new container terminal in the United States since 2009, the Hugh K. Leatherman Terminal at the Port of Charleston. The initial phase of the opening adds 700,000 TEUs of throughput capacity, according to the SCPA.

CEO Jim Newsome said that the opening of the terminal comes at just the right time, as SC Ports hit an all-time cargo record in March, with a 50% year-over-year increase in loaded imports.

"South Carolina’s successful supply chain is a direct result of the strategic investments made in port infrastructure that allows us to handle bigger ships and more cargo," SC Ports Board Chairman Bill Stern said.

With the Panama Canal expansion having been successful, it begs the question of whether other maritime shipping thruways, such as the Suez Canal and Saint Lawrence Seaway, could consider Panama Canal-like expansions.

The question is particularly relevant since in March, the Suez Canal was the site of an incident in which a 1,300 ft. vessel ended up wedged across the waterway with its bow and stern stuck in the canal banks, blocking all traffic –and attracting international attention – for nearly a week until it could be freed.

Officials with the NY-NJ port authority said that having both the Suez Canal and the Panama Canal as options for large vessels serving the East Coast has made the PONYNJ more competitive and "ensures economic and national security by eliminating a single choke point of global trade."

"Having more transit options creates pricing competition, which can lower shipping costs for carriers and hence U.S. importers and exporters," they explained. "Multiple routing options also provides a relief valve in times of stress and so increases resiliency."